Basic French and a Bit of Family Pride 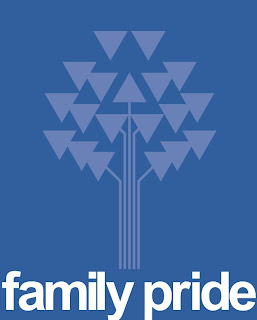 Check out the video short that won my nephew, a BYU film major, the Dartmouth University Critics' Award. It's quite entertaining...clearly conceived and created by a budding genius (just keepin' it real here)...and I know you'll like it.
(Do be sure to reach over to the right-hand side bar, scroll down slightly, and turn off my playlist, because his soundtrack is an important part of the action.)

THE CRITICS' AWARD FOR ACHIEVEMENT IN STORYTELLING

Not that I know who David Gordon Green and Wes Anderson are, but wow. My nephew won the Critic's Award for his movie short, Basic French. (Am I repeating myself?) You bet I am!!

Because, seriously...How cool is that?!

Posted by Susan Anderson at 9:16 AM

So great! Except the ending. I always need a happy ending. Hopeless romantic.

But still I really liked it.

I guess talent runs in the family.

That was excellent! I'm going to have to show Tucker when he gets home from school. Right up his alley!

Very very good! Kind of tugged at your heart for a minute there. I don't know if thats good direction or what, but I liked it.

and it is apparent that artisic talents really do run in the family;-)

Yes, our Jordan is very talented. The thing is, he is talented in so many other things besides film. He writes really well and at one time was seriously writing a book. I wonder what happened to that? He is also pretty musical, without any formal training. Besides, he is very very cute!!

Ah, fun to see this again. Isn't it wonderful to have an aunt that thinks you are wonderful? And a grandmother who thinks so as well? (Okay, and a mom, too)

THat is awesome. My inlaws are having a family reunion at Christmas which tends to get a little heated. Maybe your newphew could do some taping and tell their story! :)

Congratulations to your nephew on winning the award. Nice short film. I see he is very talented. Hugs