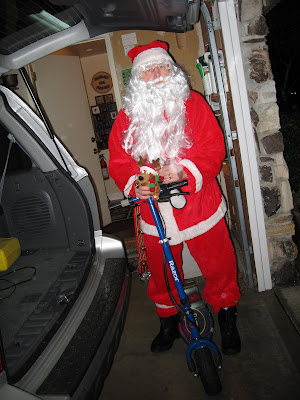 I guess you could say it all started off 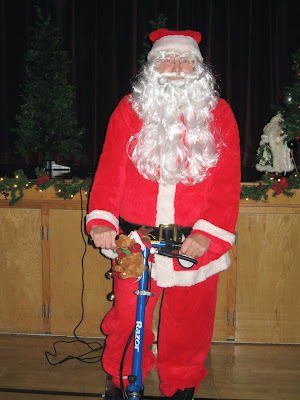 Like any other night with Santa would.
(Electric razor-riding Santa, that is.) 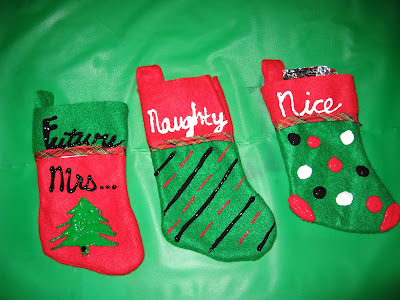 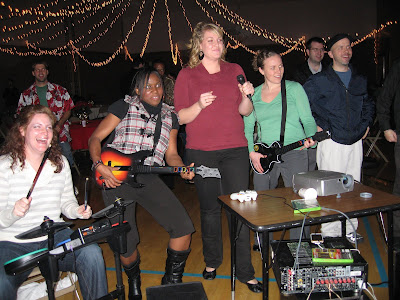 And a wicked game of Guitar Hero. 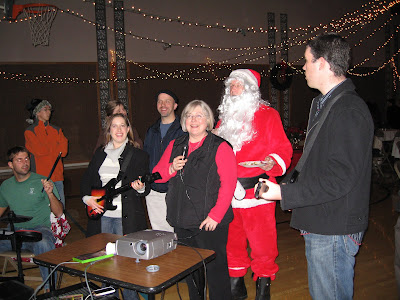 (Mrs. Santa, aka yours truly, likes to play Guitar Hero, too.) 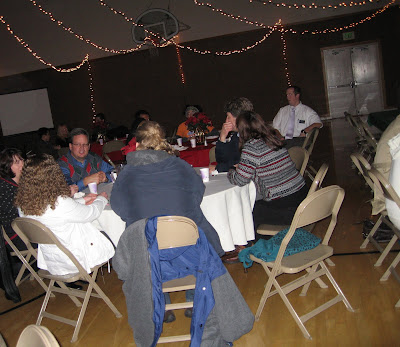 Fun and great food were enjoyed by all.
(Thanks, Susan, Mark, & the Activities Committee!) 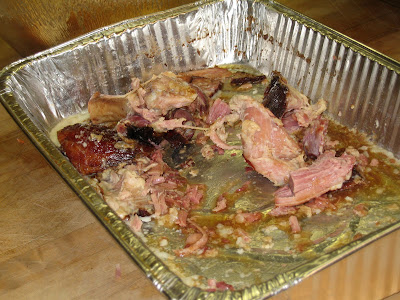 And the assorted company of 70+ killed 3 hams. 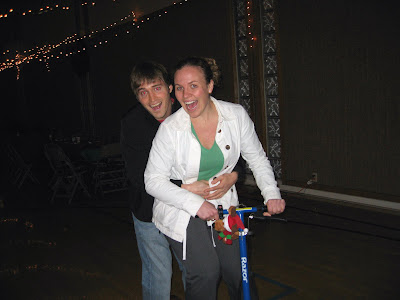 (These two almost killed themselves,
trying to ride double on Santa's scooter.) 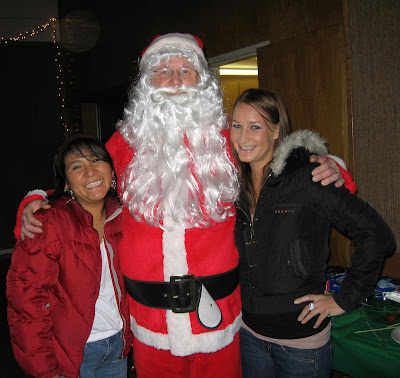 While Santa about killed himself trying 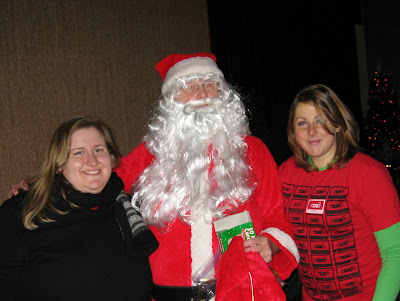 To get his picture taken 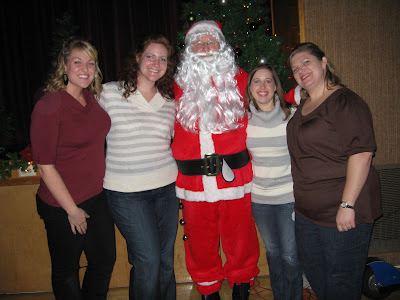 With every single person in his singles ward. 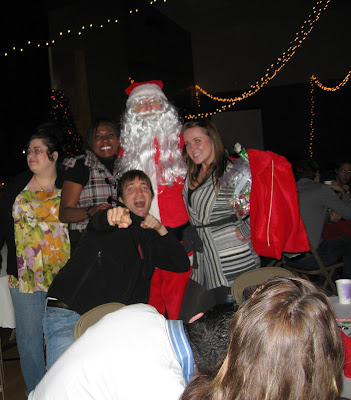 I think he may have succeeded, too!
(Josh has the evidence.) 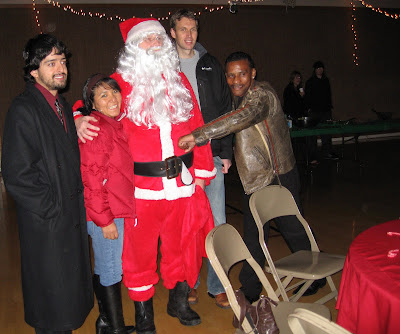 In the end, the old boy probably got what he deserves.
(A Hawaiian punch, I believe it's called...) 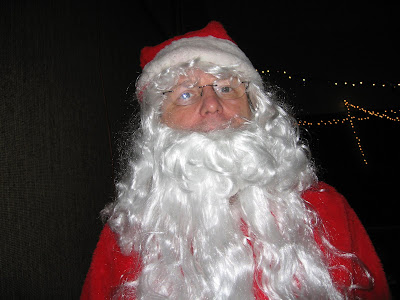 But that's okay. He was pretty thirsty...
And unusually docile after all the revelry. 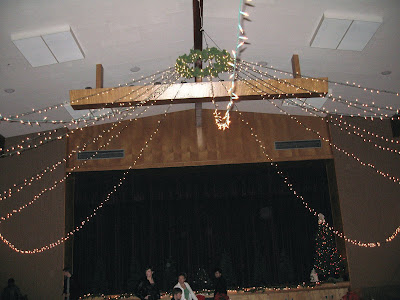 By the way, who sez them cultural halls iz hard to decorate?
=)
Posted by Susan Anderson at 8:59 AM

amazing, you two must get energy from all those youngsters! I'll bet it was a party to remember!

What a great party! I love the "Hawaiian punch" as my downstairs neighbor is Hawaiian. You two must have an awful lot of energy (can I borrow some?)!

I was unable to get on the internet again yesterday (ergh!), so I missed your link to my post. I'm flattered. It was a frightening few seconds, but all is well now.
As for you two and your Christmas antics, let me say, from one bishop's wife to another, you have WAY too much energy. I'm not even going to get out neighborhood treats this year, let alone ride an electric scooter.
When I'm your age I hope I have half the energy and literary acumen!

What a fun party, ours is never that energy-filled, we could take a few tips from the singles branch it seems

You two must be the most awesome bishop and bishop's wife ever! We went to our ward Christmas dinner last night, and it wasn't half as much fun as yours looked like (although the decorating was amazing!) Don't know where you get the energy, girl, but I'm in awe.

I loved the looks of Santa Claus and Mrs Santa. It must be fun to be around all those young kids that seemed to be having a wonderful time. You two are the perfect team to work with young people. How lucky they are!!!!

looks like fun you guys ROCK and Dad really pulled it off :)