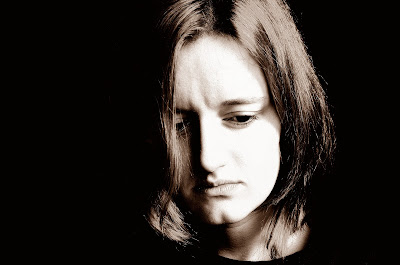 "You're the worst decision I ever made,"
he said. It nearly knocked her dead.
She'd given him her heart so long ago.
She didn't know how much that gift would cost
and she had lost herself. She wasn't faultless…

But she was not less.

She only felt less…less than the woman
she had been. She'd conjure up that girl again.
It wasn't easy. Stung by the words that left
his lips, the vicious slams, sarcastic quips,
she cut him no slack...battled her way back.

God, help her stay back. 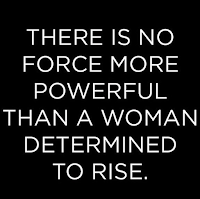 Posted by Susan Anderson at 1:18 AM

I meant to say "Good for her!"

You most definitely have a gift for words, Sue. I could feel this one. Not that this has happened to me, but you paint such a real picture that sucks me right in.

Where do you come up with these? This one's good!

I hope she gets back, for herself and to see him sinking... great write.

There are some women I know who I wish had that sort of confidence.

Wow. That was deep.

wish some people i knew had some of this strength

A powerful example of womanhood.

I like the rhymes in here and kinda wanted the lines to be shorter to highlight the rhyme.

Powerful poem, Sue! It must be so painful for a woman, or man, to be in an abusive relationship and see love die. You expressed it well

Wow! It's so sad how this happens more than we think. But a determined woman IS stronger than she thinks she is.

Oh, my gosh this is so one of my daughters; thanks for describing it so well and she is a woman that has rose up again. She fights the good fight of staying faithful and true and now he is slowly turning back towards her.
Always love your wisdom and you always have the words that perfectly describe the moment. Blessings and hugs~