The Star Maker - In Memory of Grace Darlene Robbins 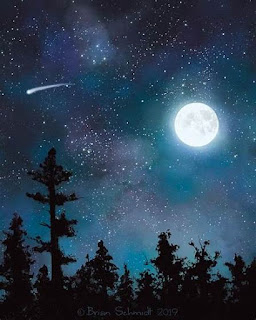 I was a shooting star, my mother said,
a force as bright and bold as sun and sea.
Mom's heart claimed me with joy that never fled––
her lightning bolt of untamed energy.

A pistol, locked but loaded: that spelled ME.
Her friends were glad l was not theirs instead.
But she, delighted, raised me up with glee.
I was a shooting star, my mother said.

My training challenged her in years ahead.
A love for words began upon her knee.
I braved first grade at four to clear her head,
a force as bright and bold as sun and sea.

Mom managed to preserve her sanity,
savoring me like butter on French bread.
My deeds brought her less shame than vanity.
Her heart claimed me with joy and bits of dread.

Mostly, I learned to follow where she led,
though Mother might dispute that history.
Yet, in the end she praised the girl she bred:
her lightning bolt of untamed energy.

And I was but one child of five, you see,
which earns for Mom what some might call street cred.
In her eyes, we burned brilliant as could be.
Across her sky, each one of us was spread.

I was a shooting star, my mother said.

As your loved one describes you, so you are. –J. Winterson

My mother always said I was beautiful, and I finally believed her at some point.
–Lupita N'yongo

When you become a mother, you are no longer the center of your own universe.
You relinquish that position to your children. –Jessica Lange

My mother had a great deal of trouble with me, but I think she enjoyed it. –Mark Twain 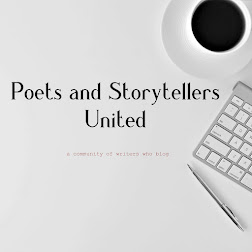 Click here to view other poems and stories.
Posted by Susan Anderson at 8:27 PM

Such a beautiful poem. Luv the rhymes and repeated lines.

Happy you dropped by my blog, Susan

How wonderful that you had such a strong advocate and guide in your mom! It sounds like she had her hands full, but she also had a heart full of joy.

How lovely your words ~~ especially missing my mother today ….

Wonderful! Clearly she did a good job!

A lovely tribute to Mom.

Lovely tribute to a mother who was quite successful.

I miss your Mom as I miss mine who passed in 2020. Good to read your words again Sue! Your Mom was right about your star talent!