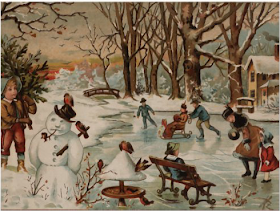 And a very merry Christmas to every one of you.
💖
Sue
Susan Anderson at 11:57 AM
Share